Three separate feeds serving a local university’s library building had reached the end of useful life and needed to be replaced.

Roberts Onsite’s electrical team removed the three feeds powering the seven-storey building and replaced them with one.

We supplied and installed an 800A breaker in the main electrical room in a nearby building on campus, which powered the new 600A distribution installed in the library building. Our team installed about 450’ of 3” conduits to house the feeds running between the two buildings. 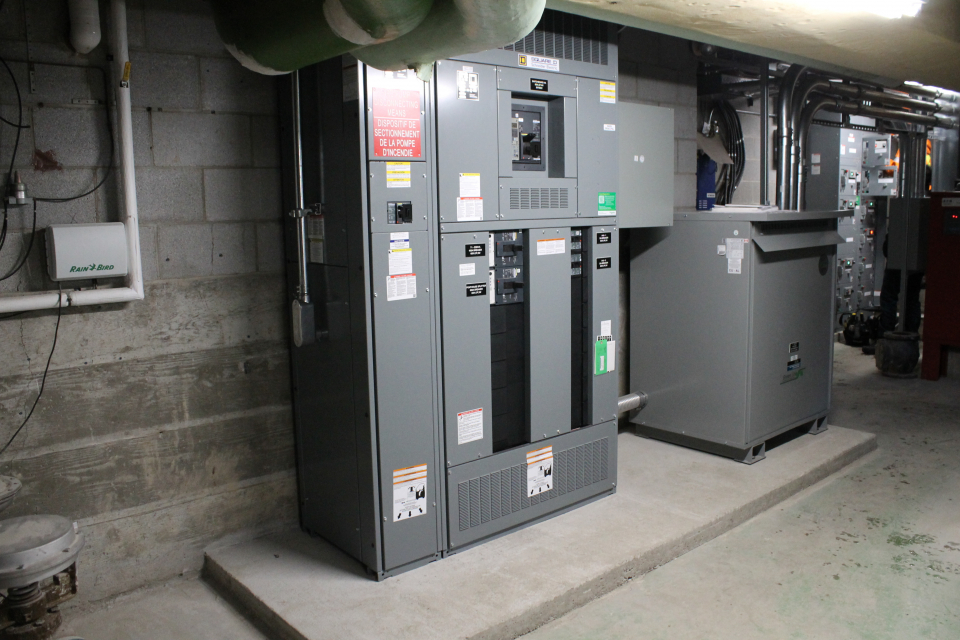 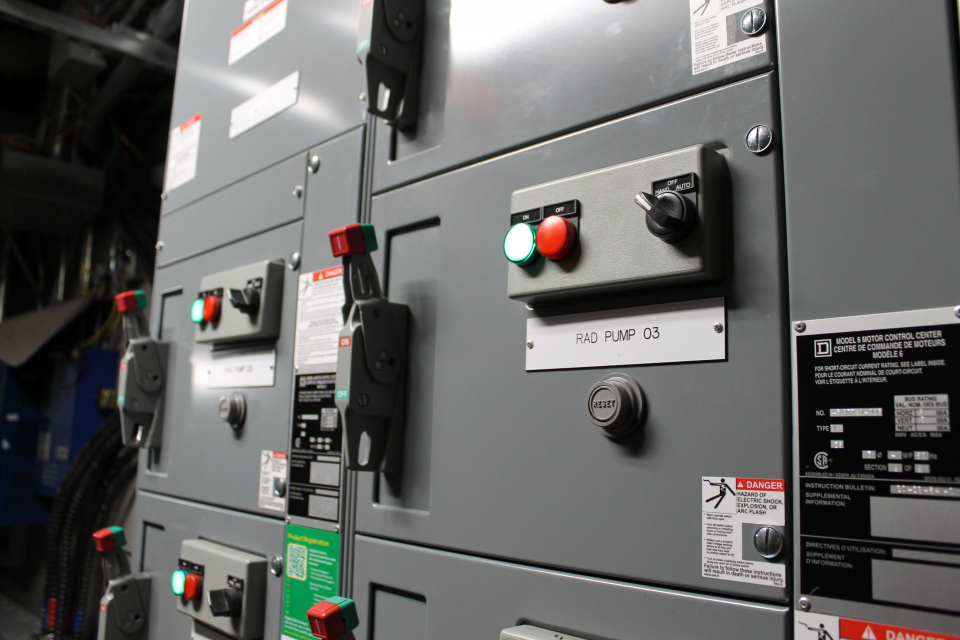 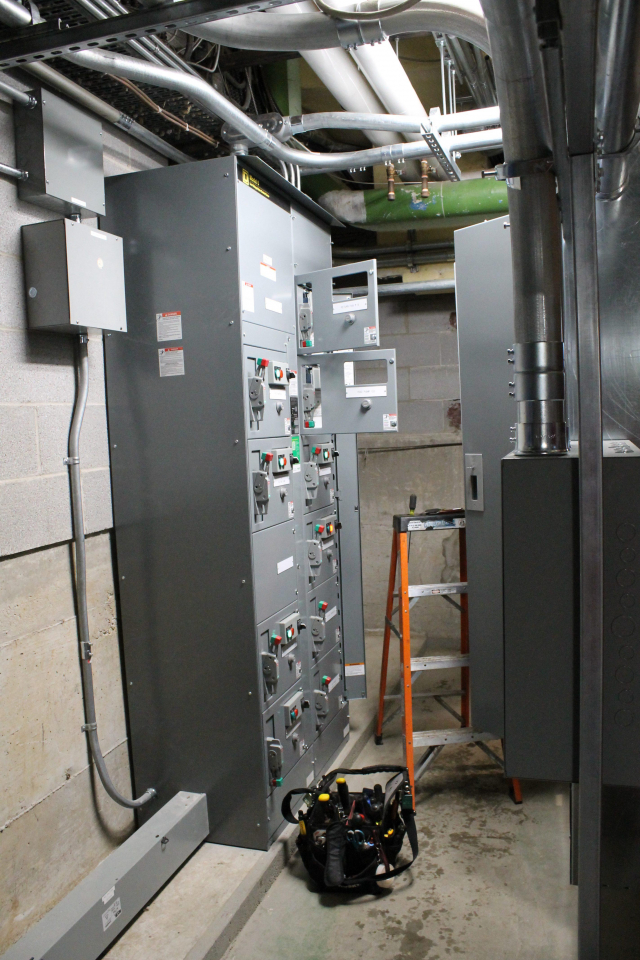 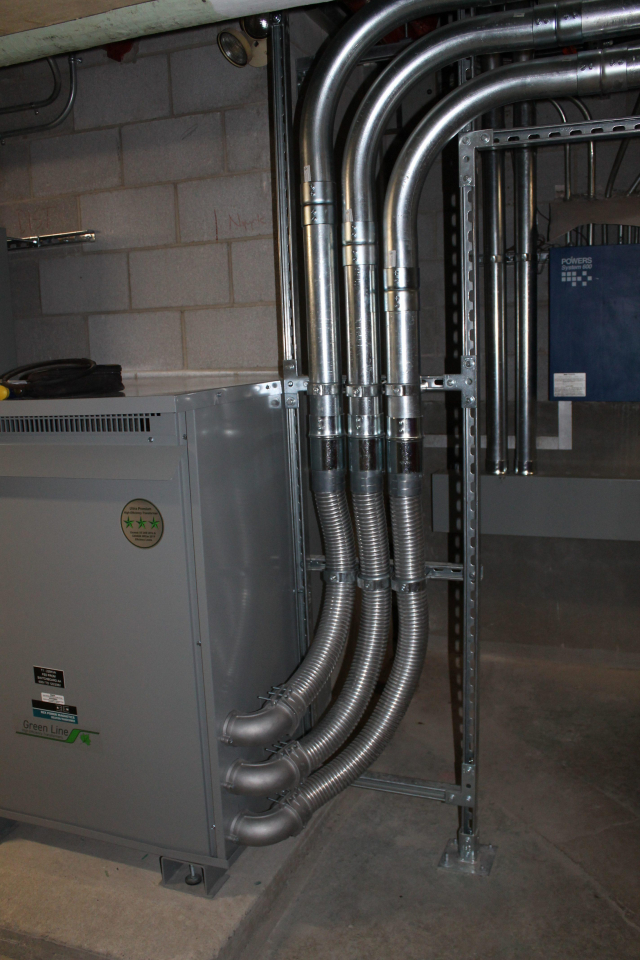 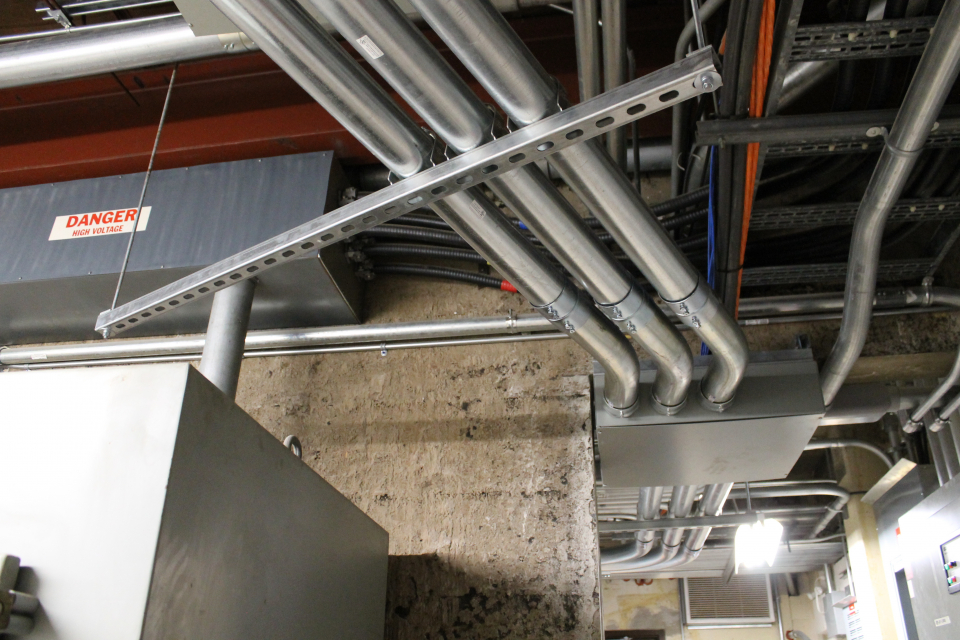 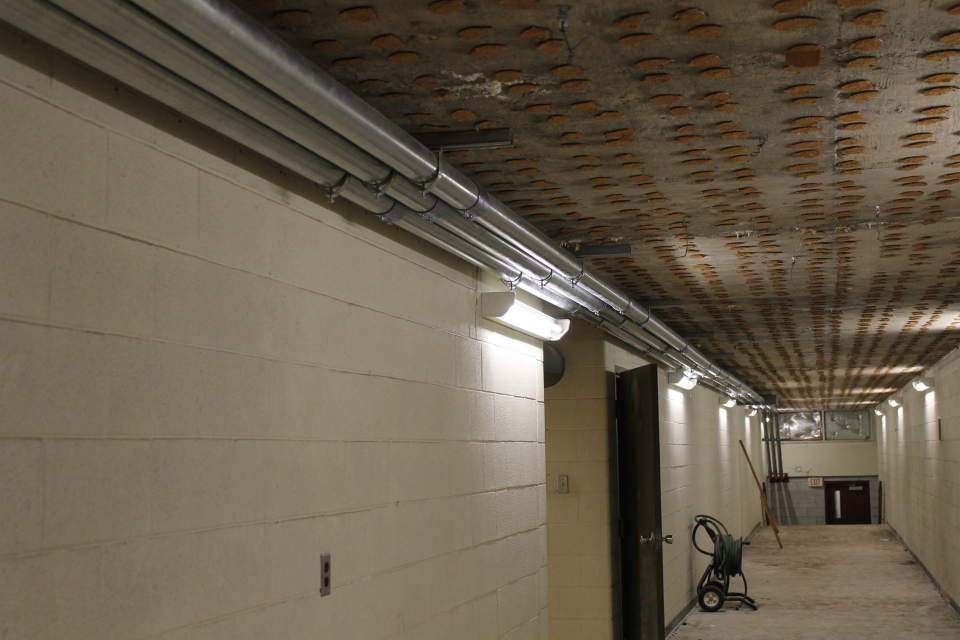